There is an exciting flavor in Slim’s E-Juice’s premium series that you ought to try. Cinnamon Roll Premium E-Liquid is a sweet and refreshing blend of cinnamon and pastry flavor. If you love the sweet flavor of fresh-out-of-the-oven cinnamon buns, then you will surely enjoy this e-juice. 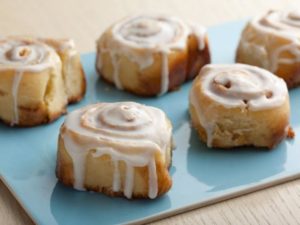 Cinnamon Roll by Slim’s E-Juice is rich and full of cinnamon goodness. It is truly a mouthwatering vape. The aroma isn’t too dominating and the sensation in your throat is mild. This e-liquid has a great aftertaste. It will give you a memorable vaping experience.

There are several cinnamon roll e-liquids on the market, but Cinnamon Roll Premium E-Liquid by Slims E-Juice stands out. This company successfully nailed the smooth, and creamy flavor of a classic cinnamon roll.

In this review, I will tell you why Cinnamon Roll by Slim’s E-Juice is not just another cinnamon e-liquid.

Cinnamon Roll captures the true taste of cinnamon roll that we all love.

Vapers who have a thing for cinnamon will love this product. Cinnamon is a popular flavor used in desserts, hot beverages, smoothies, pastry, and cereals. The spice has a sweet and spicy aroma. You’ll enjoy the unique flavor cinnamon with every puff when vaping this e-juice. The pastry flavor seems to mellow the spiciness of the cinnamon. This is a pleasant and sweet vape.

Slim’s E-Juice, which is based in Manchester, Tennessee, makes some of the most thrilling and affordable e-liquids on the market right now. The company produces its e-liquids in a clean lab using only the finest ingredients on the market. You can be assured that there are no harmful substances in Slim’s E-Juice blends. All the ingredients that the company uses have passed the EU TPD regulations.

Cinnamon Roll by Slims E-Juice has a propylene glycol (PG) and vegetable glycerin (VG) ratio of 60/40. 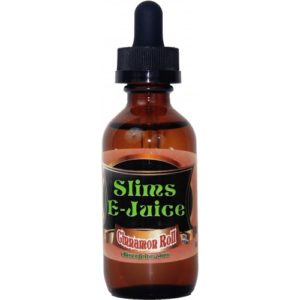 Due to the thickness and richness of this e-liquid, cloud chasers will love it. It will give you generous clouds of vapor from every puff. The cloud production of Cinnamon Roll is not bad.

You can choose to vape this e-juice using a rebuildable dripping atomizer (RDA) or a sub ohm tank.

Cinnamon Roll Premium E-Liquid by Slims E-Juice is produced with different nicotine concentration levels. You can select either 0mg (or no nicotine at all), 2mg, 4mg, 6mg, 12mg, 18mg or 24mg of nicotine.

The throat hit that you will get from this e-liquid depending on the nicotine concentration level of your preference. You will not feel signs of soreness in your throat even when you go for high nicotine levels.

The packaging design of Cinnamon Roll is very simple. The e-juice comes in a glass bottle that is sealed with a dropper cap. The dropper is a nice feature to help you fill a tank without spilling the e-liquid. The label has the brand’s logo along with some details about the product.

Slim’s E-Juice’s Cinnamon Roll comes in a 60ml bottle. This vape juice can be bought at slimsejuice.com for only $14.00!

If you like cinnamon roll, Cinnamon Roll Premium E-Liquid by Slim’s E-Juice might just become your new favorite e-juice. The flavor is intriguing. Cinnamon roll may be a common dessert, but it’s a unique experience if you vape it.

Cinnamon Roll Premium E-Liquid by Slim’s E-Juice is a highly recommended vape juice. You can buy a bottle of this e-juice from the company’s online store. It is really affordable too.

Why Make Your Own E-Liquid?